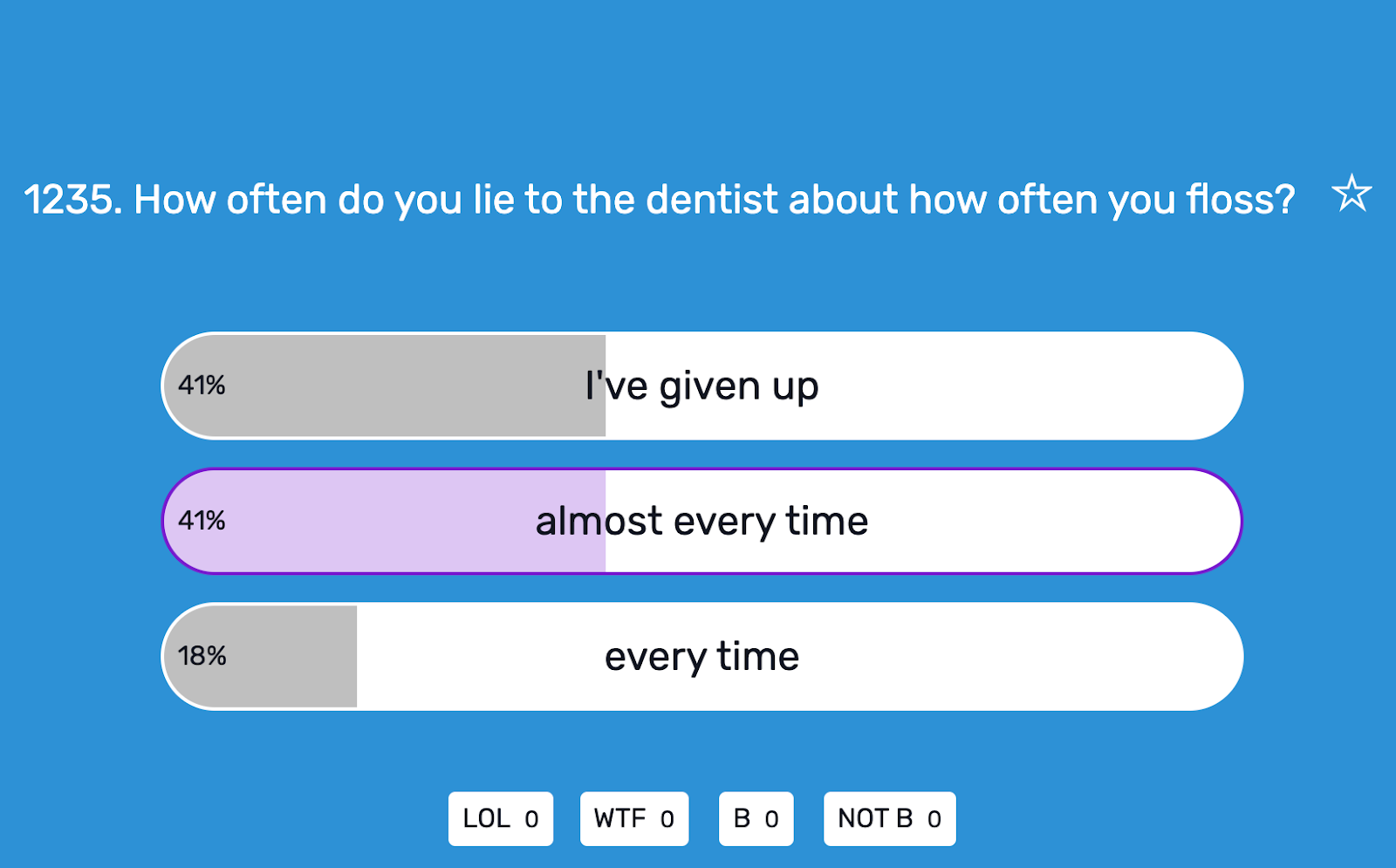 We all do it. Whether you do it still, or not, you’ve definitely done it before. I mean, you’re in the dentist’s chair, the lights are super bright, it smells like disinfectant, you can hear someone getting a root canal in the other room, and there’s a song playing on the radio from someone who used to be on American Idol. When the time comes and they’re checking your teeth, you’re already stressed out enough! Of course, you’re going to lie. Even though it doesn’t do you any good because your gums are already red and bleeding. But how often do you lie?

Respect. A truth-teller. Maybe you’ve just lied about it one too many times and now your conscience is getting to you. Or maybe it was so painfully obvious you figured there was no point? Maybe you were pressured into finally flossing because of all the lying? Either way, it was 41% of y’all who have stopped lying about flossing, and I’m here for it.

This result was also at 41%. Does this mean you lie almost every time because you’re actually flossing sometimes, or because you’re tired of the lie? There are so many layers to flossing. But this means that ~most~ of you aren’t lying every time. I wish I could be like y’all.

I feel this. And 18% of y’all do too. It’s such an awkward situation because you know you should be doing it, but sometimes you don’t, and you get really anxious about it. If you could travel back in time, would you tell the truth at your appointment? IDK, man.