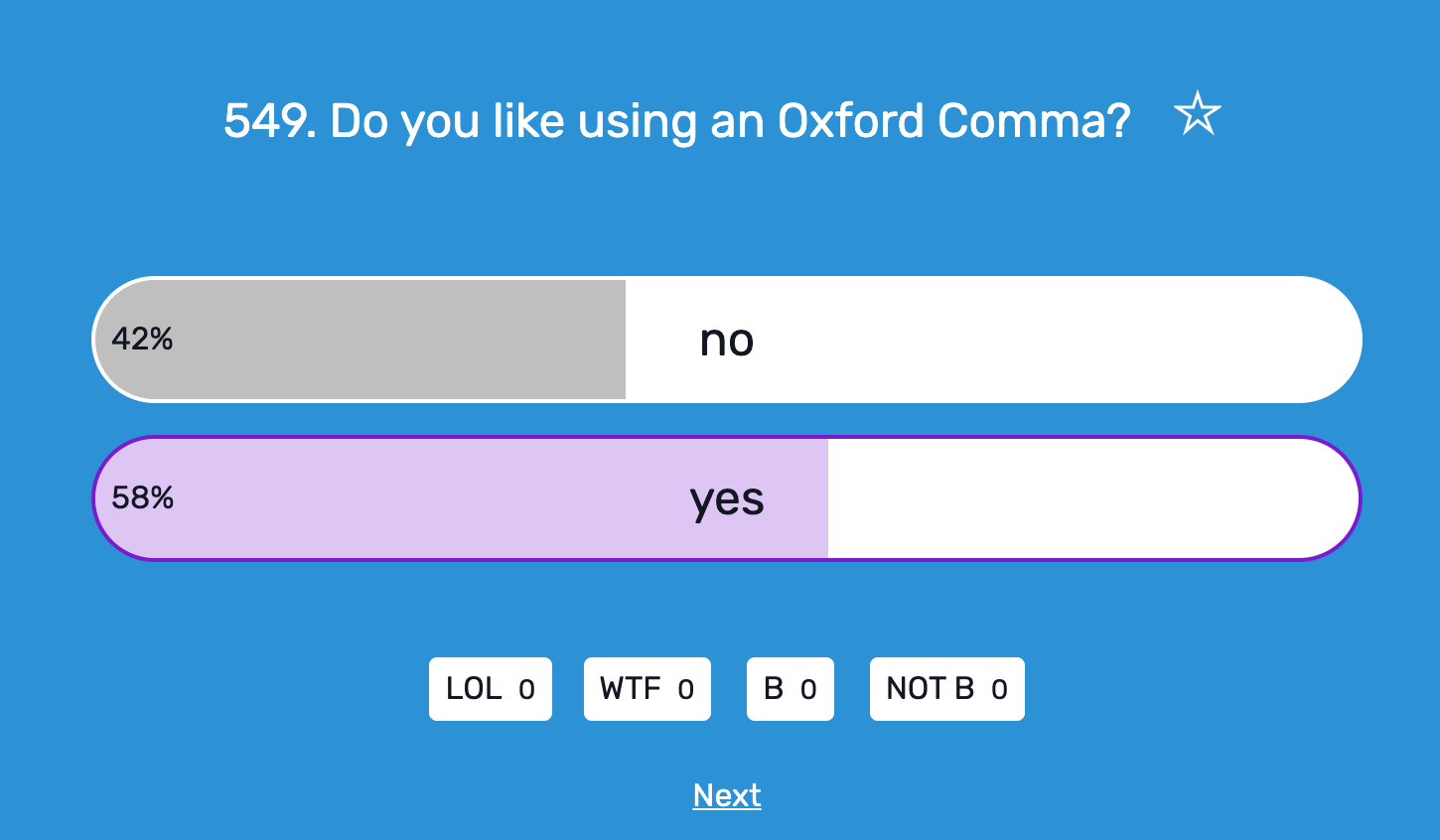 Oh, the Oxford Comma. The cause of many debates on college campuses and the title of an iconic Vampire Weekend song. But what is it?

According to the Oxford Dictionary, the proper definition of the Oxford Comma is “a comma used after the penultimate item in a list of three or more items, before ‘and’ or ‘or’.”

“Today I went to dinner with my friends, Bernie, and Elton.”

So now we know what it is and what it looks like. What does it say about YOU? It’s not surprising to see that the numbers are so close for this question. Controversial opinions are usually neck-and-neck. 58% of y’all are pro Oxford Comma and 42% are anti-Comma.

If you’re pro-Comma, you probably think you’re a grammatical genius. And you genuinely believe you are right most of the time. You also like to play it safe when it comes to the rules. You should also follow the Oxford Comma on Twitter. You will be thoroughly entertained.

Much like our leather jacket wearers, you’re a rebel. You’re against cluttered and pretentious sentences and you think the Oxford Comma is extra. According to our users, you’re in the minority of those who have answered this question, but you stand your ground. And I respect that.